What can be sweeter than winning two Gold Medals during your first trip to the Olympics? Becoming the first horse and rider ever to hold Olympic, European and World titles simultaneously. Riding for Germany, Michael Jung accomplished this incredible feat while riding his champion evening horse, Sam, a 2000 Württemberg gelding. A rider since childhood, Jung is an accomplished horse trainer who enjoys working with young horses. Leading up to their 2012 Olympic victories, Jung and Sam had a string of incredible performances. At the 2010 FEI World Equestrian Games, the bond between this talented horse and his rider became apparent as they remained at the top of the leader board throughout of the competition and finished first to claim the individual World Championship. In August 2011, Jung and Sam went on to compete in the FEI European Eventing Championships at Luhmühlen, Germany. The pair brought home their first European World Championship, in addition to leading Germany to a team gold medal. Entering the 2012 Olympic Games in London as both World and European Champions, the medal contention for individual evening was fierce. Jung and Sam performed incredibly well under intense pressure, jumping two clear rounds in show jumping and earning the individual gold for evening – which was on Jung’s birthday. This pair’s incredible performances also helped team Germany win their second consecutive Olympic team gold medal in evening. This is one talented pair that is rewriting evening history. 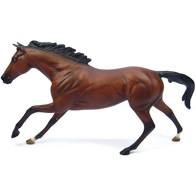