A solid performer in his younger years, Foiled Again only got better with age. At age 8, he became the oldest pacer on record to have a million dollar year. By age 9 he had three consecutive million dollar-winning seasons under his belt. That same year he won his first Breeders Crown – the Open Pace at Pocono Downs – against a field of younger horses, and became the oldest horse to win a Breeders Crown. In addition to his race records, he also was named Pacer of the Year in 2011, Older Pacer of the Year three times, and Canada’s Aged Pacer of the Year twice! He’s won major stakes races at tracks around the US and Canada, including: the Quillen Memorial (three times), Canadian Pacing Derby, American National, Levy Memorial (twice), and the TVG Championship.

The bay 2004 Standardbred gelding is owned by Burke Racing Stable LLC, Weaver Bruscemi LLC and JJK Stables LLC, and has been driven by Yannick Gingras to many of his victories. His trainer, Ron Burke, is also a record-setter: he’s the first harness racing trainer to earn $100 million in purses!

At 11 years old, Foiled Again is showing no signs of slowing down. In fact, he paced the fastest mile of his career at 10 years old! With lifetime earnings of over $6.9 million and counting, his “richest pacer” title is the only thing about him that’s going nowhere fast. 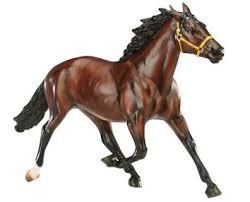