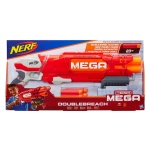 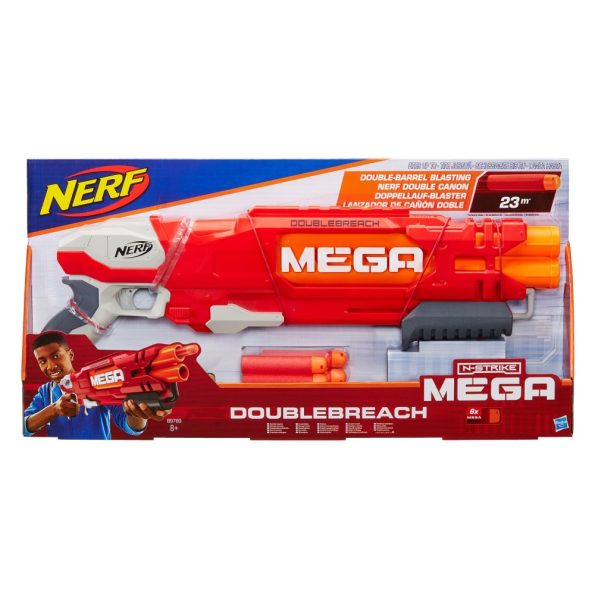 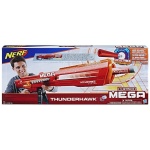 Deliver a double attack with this breech-load blaster that fires 2 darts in a row! Open the breach door on the Nerf N-Strike Mega DoubleBreach blaster to load the darts, then unleash one Mega Whistler dart at a time with pump-action blasting. One dart will fire from each barrel of this two-barrel blaster, for a one-two punch that sends the darts flying up to 23 meters! Storage area keeps darts nearby for quick reloading. Includes 6 Mega Whistler darts that scream through the air when launched.

Includes blaster, 2 Mega Whistler darts, and instructions.
Ages 8 and up.