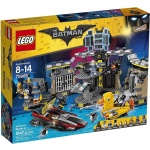 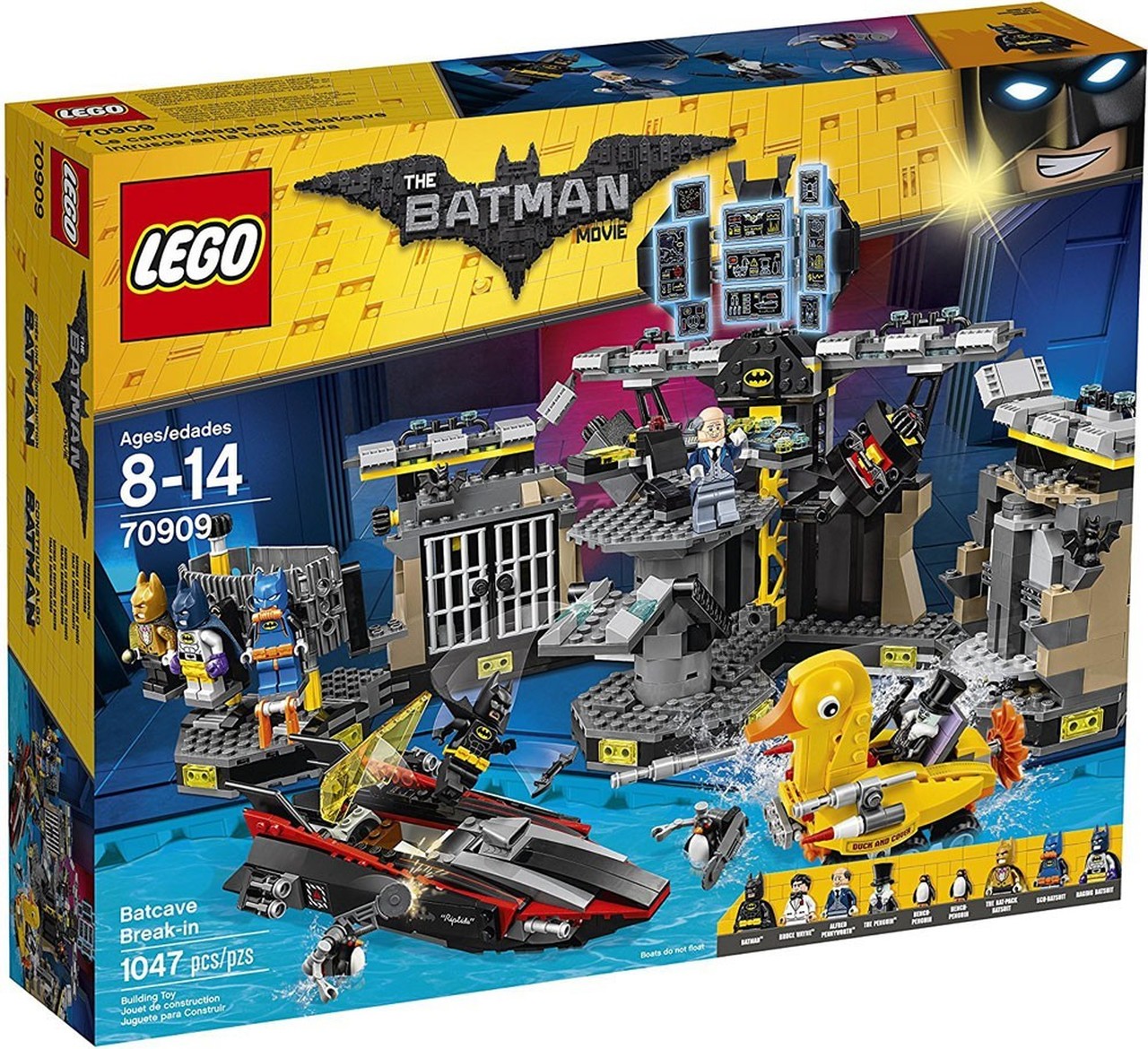 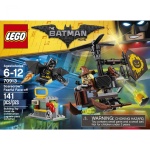 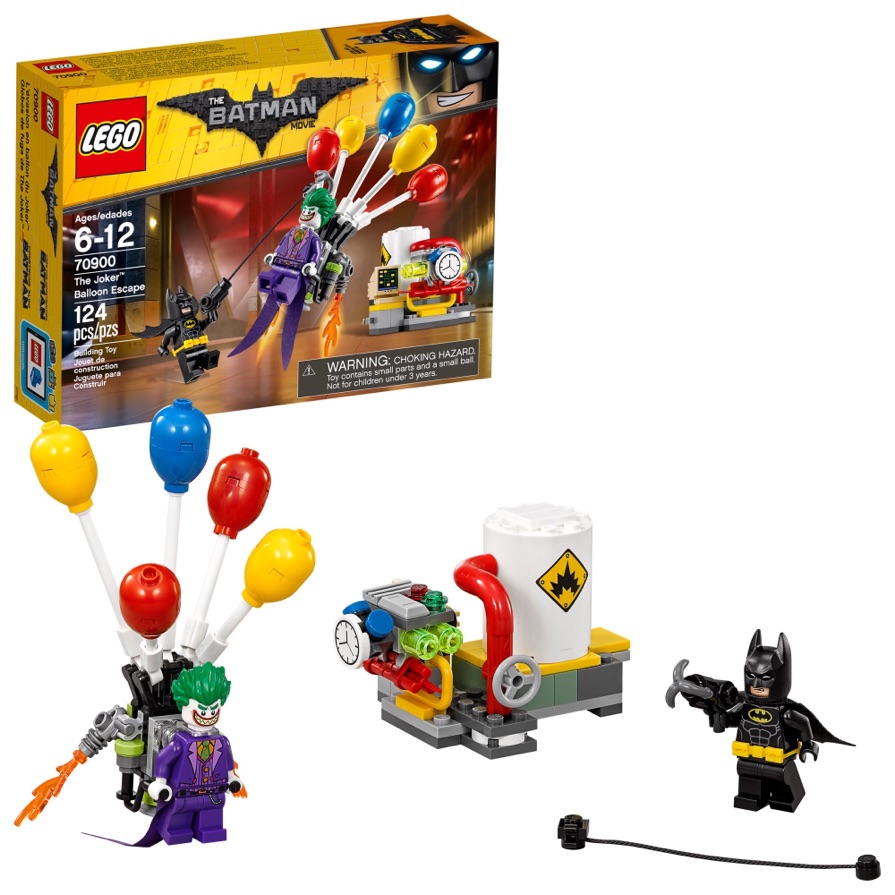 Defend against The Penguin’s Duckmobile invasion of the Batcave in THE LEGO® BATMAN MOVIE: Batcave Break-in set. The highly detailed Batcave features a rotating transformation chamber for Bruce Wayne™ to ‘transform’ into Batman™, rotating Batcomputer control center with multiscreen elements and elevating platform function, and a prison with an exploding escape wall function. The Batcave also has a rotating wardrobe with alternative Scu-Batsuit, Raging Batsuit or the Bat-Pack Batsuit minifigure bodies for Batman. Dial up the conflict by using the Batboat’s spring-loaded missiles against the Duckmobile’s dual stud shooters and flick missiles. Includes four minifigures plus two Hench-Penguin figures.