Stage a face-off between The Joker™ and Batman™ at the Gotham City Energy Facility in THE LEGO® BATMAN MOVIE: The Joker Balloon Escape set, featuring The Joker’s detachable balloon backpack and a power plant build. The power plant has a movable bomb element and silo with explode function, while Batman is armed with a grappling gun to intensify role-play battles. Includes two minifigures. 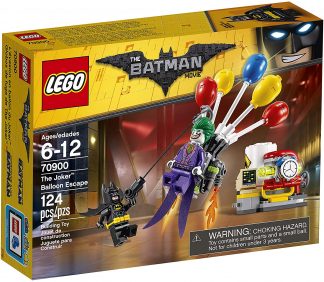